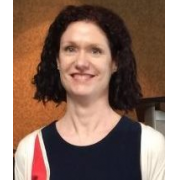 I am pleased to advise you that, effective December 14th, 2016, Megan Longley has been appointed Executive Director of the Nova Scotia Legal Aid Commission.

Megan graduated from Dalhousie Law School in 1994 and was called to the Nova Scotia Bar in 1995. She joined NSLA in 1999. Megan has worked as a Staff Lawyer in all four NSLA metro offices primarily as a criminal lawyer but also briefly as a family lawyer. Megan took over as Manager of the Youth Justice Office in 2011 and moved to the Office of the Executive in September of 2015 as Service Delivery Director.

Megan has made submissions to the Nunn Commission and has presented at local, provincial and national conferences on Youth Justice and on the over-criminalization in HIV non-disclosure cases following an internationally reported decision in that area. Megan is a past Board Member of the Community Justice Society and the AIDS Coalition of Nova Scotia among others. In addition, Megan has sat on various Justice System committees throughout her career, and continues to do so. Megan is also outgoing President of the Nova Scotia Criminal Lawyers’ Association and a board member of the Canadian HIV/AIDS Legal Network.

I am confident that under Megan’s leadership Nova Scotia Legal Aid will continue to provide essential service to individual Nova Scotians and will continue to work with others in the Justice System to improve access to justice in this Province. I invite you to contact Megan with any questions about the services of NSLA.